I am picking up on the information from my researcher relative (see ‘Dewsbury once more’ https://www.roscommonstanley.me.uk/direct-line/dewsbury-once-more/) that two brothers came over from Ireland. I have now established that one of these was Thomas Stanley (Brother 1). He was born around 1829 and probably died in 1857. After the success of my previous speculation, I am now going to have another go. Is it possible to identify ‘Brother 2’?
Thomas wasn’t in Dewsbury at the time of the 1851 census. His future wife, Maria Mannion, was present. There were only eight people with the Stanley surname in Dewsbury in 1851. None of these declared themselves to be Irish. William & Caroline, with three children, hail from Durham. That leaves Elizabeth and her son Samuel, and an elderly servant (born 1775) called Jane. It is reasonably certain that the brothers arrived after 1851.
By 1861, there are 26 people called Stanley in Dewsbury. Maria, widow of Thomas, is the only one with Ireland as the place of birth. (I have excluded Mary, who was probably the wife of Yorkshire born William. They are lodging at 562 Back High Street.) This means that ‘Brother 2’ has either died, or moved away from Dewsbury. Trying to locate someone of an unknown age with an unknown first name in an unknown place is well beyond my powers of deduction. 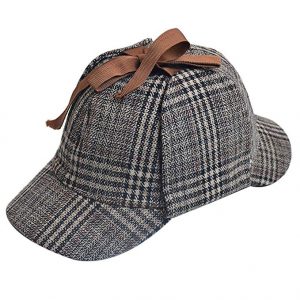 A search of the 1861 census for Stanley family members with Irish roots living anywhere in the country born between 1800 and 1840 reveals 136 names. Using 1820-1840 as the criterion still produces 100 names.
I will assume that ‘’Brother 2’ stayed and died in the vicinity. If he had still been alive, Maria and her young son John could be expected to feature in his story at some point.
I looked for Stanley deaths in Dewsbury in the 1850s. There are 11. Only seven of these are males. These are; Godfrey (1855), William Henry (1856), Henry (1859), James (1859), Michael (1859), Edwin (1859) and John (1860). The last one can be excluded as this is the name of my great grandfather. He stayed in Ireland and died in 1898.
Clearly there have been a number of births in the period, and families have moved in to the area. There were 10 births, of which seven were boys. These are: Edwin (1854), Joseph (1855), John (1861), George (1857), another George (1857), Henry (1858), and John (1859). Sadly, it is possible to match some of the births with subsequent deaths. E.g. Edwin, b 1854, d 1859. E.g. Henry, b 1858, d 1859. Other names feature on the 1861 census, showing the right age. Both Georges appear in 1861.
My suspicion falls on Michael Stanley, who died in 1859, as being ‘Brother 2’. Proving this assumption will be very difficult. It might be possible to exclude him from consideration, but definite proof to include him will be almost impossible to find.
What circumstantial evidence exists? It is clear that many families recycle names down through the generations. Almost every branch of every generation (even those not connected to me) has a John Stanley. It is quite common to name a child after an aunt or uncle. If I look at the names of my grandfather Patrick’s brothers, they are as follows: John (the first born), Michael (b 1870) and Thomas (b 1873). Coincidence? Quite possibly.
Thomas (or Brother 1, as I can call him to distinguish him from others with the same name) had one son called John (b 1856). This John named his sons Michael (b 1885), William, Thomas, Frank, Edward and Patrick. In turn, this particular Michael had a son who was also called Michael (b 1914). Coincidence? Quite possibly! But then again, possibly not.