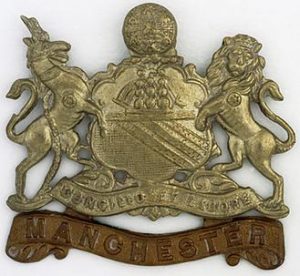 Patrick Stanley started his military career in the Militia. He had two periods of service in the Manchester Regiment. He was wounded, more than once, in the Great War. I have researched the places where he was based, and the actions in which he took part. I remain staggered by the fact that he survived.