As covered in “Manchester Regiment – Initial Service” (https://www.roscommonstanley.me.uk/direct-line/manchester-regiment-initial-service/) , Patrick transferred to the Third (Line) Battalion on 7th February 1903. He was one of a party of 157 men sent out to South Africa. Some of them were detached at St Helena. There is no way of knowing whether Patrick was one of these. By early 1904, all of the Battalion were in South Africa. He arrived too late to qualify for a Queens South Africa Medal. The cut-off date for that was the end of May 1902. The date is significant in that it marks the end of major hostilities between the British and the Boers. The fact that extra troops had been sent indicates that there was not peace and harmony throughout the land.

The Battalion Headquarters was located at Middleburg in the Eastern Cape. It is about 130 miles north of Port Elizabeth. The site of the camp now serves as the Grootfontein College of Agriculture. With a full establishment of over 1000 troops, with some wives and children, it was a substantial place. 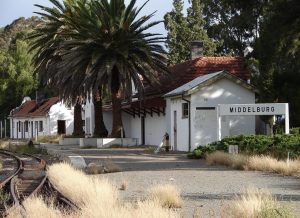 During this time (22nd July 1905) Patrick extended his period of service from 3 years (plus 9 in the Reserve) to 8 years with 4 in the reserve. The significance of these dates is the subject of another blog.

At the beginning of 1906, Headquarters moved from one Middelburg to another, this time in the Transvaal. It is about 60 miles east of Pretoria. Half the Battalion was detached to Barberton, another 60 miles further east, close to the border with Swaziland.

It all sounds like a great adventure for Patrick and his fellow soldiers. The reality is one of the dark chapters in British history. They were there to control the concentration camps.