I was given a DNA testing kit as a Christmas present (2018). The results were pretty much as expected. I received a list of people with whom I share some DNA in descending order of overlap. The closest matches suggest that we might be fourth cousins. This means that we share a great, great, great grandparent (GGG grandparent). This is sometimes known as the ‘line of 32’. No prizes for guessing why! On my mother’s side I have full names of 15 of the 16, with a first name for the last one. On my father’s side, the picture is less clear. The real black hole is the Irish side. This is the area where I am hoping that science can help. The GGG grandparents that I have traced were all born in the period 1760 -1805. Irish records are particularly poor this far back. 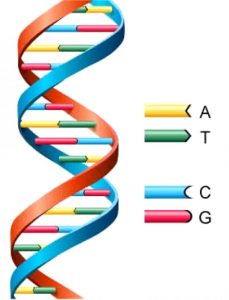 My test was with Ancestry. They list matches with other Ancestry users. It is possible to upload your DNA data onto Gedmatch. (https://genesis.gedmatch.com) This enables you to compare results from other testing companies, but only if someone has taken the time to transfer their data. Gedmatch provided another list of matches for me to explore. I recommend anyone to do this. It is free, and multiplies the chances of finding relatives.

Being the eternal optimist, I sent out emails to the top few names on both lists. I had a range of responses. Quite a few did not respond at all. A couple said that they couldn’t see the common ancestor. Isn’t that the point? One match has the surname Hylans. This name, with its many variants, appears on my tree at the great grandparent level. It does not take Sherlock Holmes to work out the connection. It is the non-obvious connections that DNA should be helping to solve.

I have found a fourth cousin once removed who lives in Canada. The connection is from Brighton, Sussex. His father, a Canadian serviceman, met a local girl whilst serving in England in WW2. This was relatively straightforward, but satisfying nevertheless.

I have three leads to pursue at present. One man, now living in America, has ancestors who come from the same Parish (Kilbride, Roscommon) as my grandfather. The surname is Connor. Unfortunately, this is quite a common name, giving plenty of possibilities to examine. We are exchanging notes.

The other two people also live in America. They are related to each other. I only need to look at the ancestors that they have in common. This reduces the search area by a factor of two. 32 possibilities become 16. Looking at their family tree, it is possible to halve the search area again. One line is American born going way back into the early to mid 1700s. The remaining quadrant has Irish connections. One of these can be linked to Roscommon. The surname is McHugh. I have to accept that records may never be found (may not even exist) to prove a connection.

I had previously corresponded with another American who shares my surname. His DNA places his origins firmly in Roscommon. The results show no common DNA between us. I was surprised by this. It means that there are two groups of families sharing the relatively uncommon Stanley name in a quite small area. Disproving a connection is every bit as important as proving one.