Over time, I have delved ever deeper into the details of my Grandfather Patrick’s experience of the Great War. Many others will have conducted similar research for their relatives. The almost casual acceptance of horrifying casualty rates stands out. The scale of the losses on the first day of the Battle of the Somme is well known. The British Army lost 19,240 men killed. Set against that figure, it is easy to skip over reports of a battalion losing “only” ten men, or fifteen in a single action. Somewhere, someone would have received a telegram imparting the sad news for each man killed. I have the telegram that Patrick received in 1942 announcing the death on active service of his eldest son, Bill. The news was devastating. It was personal.

Over the course of the Great War, the British lost an average of 570 people per day. That is 570 personal tragedies. Part of my brain questions how the general population could be so accepting of such losses. But there is a much more recent parallel. 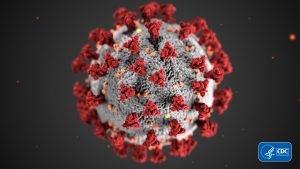 For most of April 2020, and again since Christmas 2020, the United Kingdom has suffered losses from Covid-19 at higher rates than these. The rate is now dropping, but even at the time of writing (17 February 2021) the average number of deaths per day recorded in the previous week was 583. The figures are reported in the nightly news bulletins. We watch dutifully. We note whether the figures are going up or down. And then we get on with our daily routine. We seem to have become inured to the impact. Perhaps that is how people reacted in the Great War. Acceptable casualty rates?