As mentioned in ‘Sue Alice McHugh and her father, John’, there are some differences in the various trees that mention Patrick McHugh. Most agree that his wife was Catherine Kelly (1833-1909). There is general agreement that he was born in 1825. But where was he born? Sligo, Cork, Mayo, Galway and Roscommon are all offered. And what was the name of his father? Fergallus and Thomas are two options, although many venture no opinion.

In their efforts to be helpful, most of the subscription based genealogy websites offer pointers in some form. E.g. to ask whether a certain person with some of the same characteristics appearing elsewhere is the person for whom you are looking. E.g. to make hints about the identity of a parent or sibling. The way in which it is done can almost make you think that there is human intelligence at work. But there isn’t! The computer is using an algorithm. I checked on the definition of the term ‘algorithm’. There are many options from which to choose. “An algorithm is a set of instructions designed to perform a specific task.”

Computers have always been very good at simple repetitive tasks. If you ask a computer to search through a database containing billions of records for a man called Patrick McHugh born in Ireland in the 1820s then it will do so. The better algorithms will enable you to put in additional restrictions on the search criteria. It might come up with thousands of similar records. It might only find a handful. If it finds nothing, that does not necessarily mean the end of hope. Poor handwriting, variations in spelling and transcription errors frequently make records hard to find. The McHugh family in Missouri is a case in point. It is surprisingly difficult to find them on successive census returns. We know that they are there, but how has the information been captured? There are many variations on the surname.

Equally, finding only a handful of records does not mean that they are the right ones. They could be right and they could be wrong.  Of course, the record that we really want may no longer exist. I would love to know why some of the other researchers have accepted one version of events as opposed to another. I like to have some confirmatory evidence, however slender, before making my choice.

I will provide an example from another place. There are two men called John Stanley who died in Roscommon in 1898, and another one in 1900. By looking at the detailed place of residence, age and occupation, it is possible to work out which of the three was my great grandfather. There does not seem to be anything similar on which base decisions as one goes from America back to Ireland. This is particularly true in the early days of the 1800s. And yet that is where I must go to find the link to my line. The search goes on! 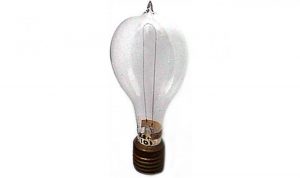 As Thomas Edison put it, “I haven’t failed, I have just found 10,000 ways that won’t work”. Perhaps I need a ‘lightbulb moment’!