Despite living in extremely cramped accommodation in Dewsbury, Uriah Senior and his wife Catherine/Kate (nee Stanley, in Roscommon) always seemed to find room for someone else. At the time of writing (mid December) this seems particularly relevant.

The family first came to my attention when I was looking for Patrick’s brother John. In 1891, they are living at 13 Back New Street with two daughters and John. He is described as Kate’s brother, and his occupation was as a mason’s labourer. From the age of Kate (born early 1850s), I realised that she must be a product of my Great Grandfather John’s first marriage. This is the only information that I have about the first marriage. I don’t know when it took place. The name of Kate’s mother is unknown, as is her date of death. Great Grandfather John remarried in 1865, so his first wife must have died before then. There may have been other siblings. 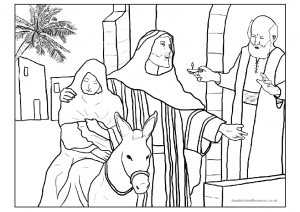 The census returns show that many families took in lodgers. Any additional income is important when living on the margins of survival. Unlike today, lodgers were not given a spare room. There was no such thing as a spare room. The 1911 census reveals that their house had only two rooms. This includes the kitchen. It is quite difficult to work out the sleeping arrangements. In some cases, this was a purely commercial transaction. Equally, it seems logical to assume that there might be a family connection. After all, John was taken in by his big sister. Later on, Patrick is staying with another sister, Mary.

In 1881 Uriah and Kate have Irish born Mary Kenny, age 22, lodging with them. This was before they started their family.  In 1901, the family of four is joined by two Yorkshire born boarders (22 year old Beatrice Herbert and her one year old son) and Mary Cannan, a visitor. Mary was born in Ireland. Seven people, from three families, in just two rooms.

Possible links to both Irish born women will be explored in subsequent blogs.