As explained in ‘Room at the Inn’, Uriah Senior and his wife Catherine/Kate (nee Stanley) seemed to be willing to share what little they had with others. In 1881 Uriah and Kate have Irish born Mary Kenny, born 1859, lodging with them. This was before they started their family.  Unfortunately, the census does not have any more specific information about Mary’s place of birth.

My interest was heightened by the fact that there is a ‘still to be connected’ Stanley group in Roscommon that features the name Kenny (or Kenney). By this, I mean there is no evidence to either prove or disprove a link to me. John Stanley of Islands Lower married Winnifred Kenny. Bridget was born in 1840 and died in 1908. John was born around 1835 and died in 1900. There were at least seven children, born between 1865 and 1876. Four of the children emigrated to America, all of them settling in Massachusetts. This is another example of the clustering that is commonly seen in migrants. Of the children that stayed, some descendants still live locally.

A quite different John Stanley (born 1856 to Thomas and Maria Mannion) married a lady called Ellen Kenny in Dewsbury in 1884. This John is definitely connected to me. Is the Kenny name a coincidence, or is she connected to the family from Islands Lower? Kenny is quite a common name so it would be unwise to draw premature conclusions.

According to the 1881 Census, Ellen’s father William was born in Ireland in 1840. Ten years later, three of Ellen’s brothers are lodging with Edward and Bridget Shiel, both of whom were Irish. The 1871 census has the name Shiel as Shale, and Edward’s place of birth is Roscommon. Going back to 1861 has Shale reverting to Shiel, and Edward is a Mason’s labourer. Furthermore, another mason’s labourer called Michael Kenney is lodging with them. The coincidences are starting to accumulate.

There are still more Kenny family members in the immediate vicinity. In 1881 John Kenny (born 1831) his wife Catherine and their 5 children are living in Back New Street, with three lodgers for good measure. There is also Francis Kenny (born 1847), his wife Bridget and their four children. Francis and his wife were both born in Roscommon. He is another mason’s labourer. By 1901 there have been at least eight children and they are living 66 Wilman Road. The next entry that the enumerator has recorded is at 2 Ingham Road, where some of my Stanley relatives are living. These addresses are all close to New Street. 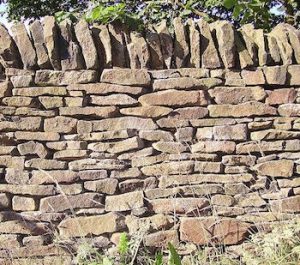 What conclusions can be drawn? Nothing for certain! The evidence is all circumstantial. There are a lot of people called Kenny living in close proximity in Daw Green, Dewsbury at the end of the nineteenth century. Many of these people came from Roscommon. There are a lot of mason’s labourers. There is nothing that definitely links these people to the Winifred Kenny who married John Stanley. Given that this John was born around 1835, and my great grandfather John was born in 1825, any common ancestor must be at least two generations further back. We would be trying to find someone born, probably, in the 1770s. That is quite a challenge even when records are plentiful.