Patrick’s military record shows that he signed up for the Manchester Regiment in Pontefract in October 1902. Those unfamiliar with English geography and history may not regard this as strange.

The emblem of Lancashire is a red rose. For Yorkshire it is a white rose. Between 1455 and 1485 a series of battles were fought for the throne of England. The two camps were the Lancastrians and the Yorkists. Both sides drew support from across the country. It was not a local conflict. The emblems were the red and white roses respectively. This civil war is referred to as the War of the Roses. 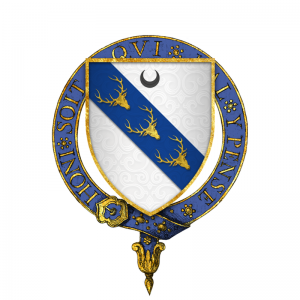 The final battle is generally agreed to be the Battle of Bosworth in 1485. Henry Tudor (later Henry VII) defeated Richard III. Richard’s body was discovered under a car park in Leicester in 2012. It was reburied with due pomp in Leicester Cathedral in 2015. A significant part in the battle was played by Lord Thomas Stanley and Sir William Stanley. I know of no connection between these august gentlemen and my family. I will continue to look!

Whilst these battles took place over 500 years ago, a significant rivalry continues to this day. During the industrial revolution, both counties grew rapidly in terms of population and wealth. Cotton underpinned Lancashire’s development. Yorkshire focussed on wool. Both had plenty of coal. A form of one-upmanship developed. On the sporting plane, matches between teams on opposite sides of the Pennines are contested more fiercely than any others. Loyalties are strong.

Many Yorkshire people would regard joining a regiment in Lancashire as akin to crossing the Rubicon. You simply do not do it. Patrick must have had a good reason. It was also a good enough reason to persuade the recruiting officer to let him do it. There were a number of perfectly good Regiments far closer to home that he could have joined.