As explained in ‘Room at the Inn’, Uriah Senior and his wife Catherine/Kate (nee Stanley, from Roscommon) seemed to be willing to share what little they had with others. In 1901, their family of four is joined at 13 Back New Street by two Yorkshire born boarders (22 year old Beatrice Herbert and her one year old son) and Mary Cannan, a visitor. Mary was born in Ireland, and she is 67 and a widow. Why is she visiting? It seemed worth digging into her story.

Mary Muldoon (Patrick’s sister, and with whom he would be staying in 1911) is living next door at 11 Back New Street with her two children (and two lodgers). John Stanley (Patrick’s brother) is living the other side of the dividing wall at 18 New Street. Are they part of this particular story?

In order to make any progress, it was necessary to make an assumption. There is no other reference to Mary Cannan in the census returns. There are, however, a number of records for Mary Cannon that match very closely. In 1861, Mary can be found living at Back High Street with her husband John. He is a Mason’s Labourer. Another mason’s labourer! 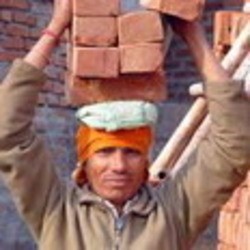 Having said that the name Mary Cannan seems to disappear, this is not entirely true. In Dewsbury, in 1849, there is a marriage recorded of John Cannan to either Mary Cummins or Mary Walker. (Without sending for the marriage certificate it is impossible to say which is correct.) It is quite easy to imagine the Registrar struggling with an unfamiliar accent. Subsequent Registrars would have had equal difficulty when the births of the children were registered. Cannan could easily have become Cannon. But I wonder whether the name was actually Gannon. This is a more common surname in Ireland.

Their eldest child Lawrence died in 1916. In 1911 he is a widower living in the Workhouse, where his occupation is shown as Stone Mason. One step up the career ladder from his father! Richard died in 1872 aged 13. Mary died in 1907 so it is difficult to know where she was living when not visiting.

Uriah Senior worked in the woollen trade, and was Yorkshire born and bred. He was not one of the many masons, or mason’s labourers, that have appeared in these blogs. This makes me wonder whether the connection to Mary lies back in Ireland. Perhaps either Mary Cannon (or Cannan or Gannon) or her husband John was related to Catherine’s mother. Proving this hypothesis will be difficult. Obtaining a copy of the 1849 marriage certificate (referenced above) is an obvious first step.