On May 5th 1865, a labourer from Rockfield called John Stanley married a spinster called Bridget Ormsby in Kilbride RC Church. This church is the one at Fourmile House, about 5 miles north west of Roscommon town (picture below). It is St Bridget’s. This may well account for the number of girls with that name. 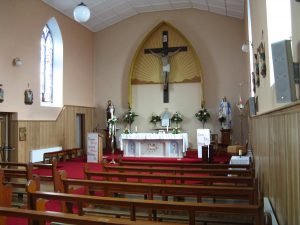 John was reported as being 40 years old. He was a widower, and the son of another John Stanley. This one must have been born around 1800. They had four children that we know about:

The simple explanation would be that the Bridget Ormsby died and that John married for the third time to Bridget Scott. Simple, but things are seldom that simple, as will emerge as the story unfolds.